Although Colton Underwood chose Cassie Randolph at the end of his season of The Bachelor, it hasn’t been all smooth sailing for the couple since the series ended. In his new book, The First Time, Colton revealed that he and Cassie actually broke up briefly in August of last year.

Colton’s relationship with Cassie was one of the most unique in Bachelor history. While their romance took the typical Bachelor course for the majority of the season, things went off the rails when Cassie’s dad arrived and convinced her that she wasn’t ready for an engagement. When she self-eliminated from the show, Colton fell apart, leading to the infamous fence jump where he literally ran away from The Bachelor production team. When he finally calmed down, he decided to end the show and pursue only Cassie, sending his other two finalists home. At the end of the season, Colton and Cassie didn’t get engaged but agreed to continue dating. Rumors of their breakup swirled around constantly, but apparently the rumors had some basis in fact in the second half of 2019.

In his new memoir, The First Time, Colton revealed that he and Cassie broke up in August of last year (via People). He said, “To put it very frank, after the show, we realized we weren’t communicating as well as we once did. Nobody was forcing us to talk about real things going on, so we let a lot of things build up.” Underwood went on to explain that he was the first to ask for space to figure things out, though Cassie ultimately agreed that the couple needed some time away from each other. Their breakup, however, was short-lived. Within just a couple of days, Colton explained that the pair started missing each other and agreed to get back together. Colton explained, “It was a very real and very emotional breakup.” He continued, “But it was also very good to be real and emotional because it forced us to have conversations and move on. Now, we know the flags to look for. When issues start to creep up, it’s like, let’s go have a conversation. We’re trying to be more transparent and honest and really trust each other.”

Despite their past problems, Colton seems hopeful for a future with his girlfriend. After discussing their past issues he turned his attention towards what lies ahead. Colton talked about his future with Cassie, saying,”We talk and we plan and we have so much hope.” He continued, “If she were here, she’d nudge me for saying this, but I think an engagement is something we’d both like to see this year. No matter what, I don’t want my life without her. Our relationship hasn’t always been easy, but it’s been worth it.“

Colton and Cassie’s rough patch isn’t particularly surprising. Even on the show, fans could see that their communication skills were lacking, which is what lead to Cassie’s dramatic decision to self-eliminate from The Bachelor competition. Despite their problems, however, the couple seems stronger than ever. Cassie is currently caring for Colton as he recovers from his coronavirus symptoms on the third floor of her family house. While no one can be sure what the future holds, we’d be happy to see an engagement from this Bachelor Nation couple.

Next: What Happened to Colton Underwood After The Bachelor?

MCU Theory: Why The Eternals Weren’t In Infinity War Or Endgame 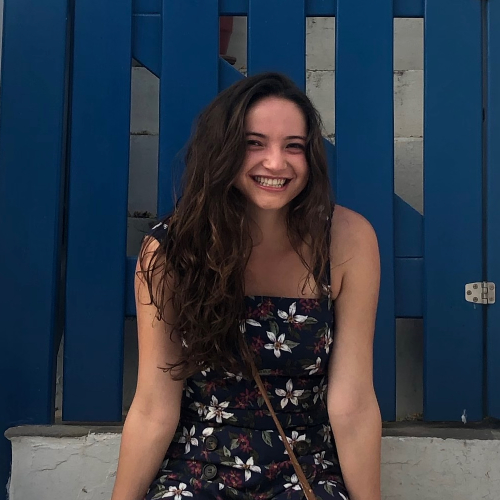 A graduate of Loyola Marymount University, Jessica Bedewi is a freelance writer who uses her BA in Communications and Sociology to put her love of reading and writing to good use. An avid watcher of all things reality TV, Jessica employs her love for real world television to create reality TV content for Screen Rant.
Fond of taking a critical approach to entertainment, Jessica enjoys poking fun at the things she loves most. From superhero movies to thriller novels, her entertainment-centric articles draw out the interesting and subtle tropes that are often ignored at first viewing. While she enjoys looking at things through an analytical lens, there’s nothing she loves more than zoning out for a day and losing herself in a great TV show. You can find her articles all around the Internet, including Ranker and Sweety High.
When she’s not writing, you can find her binge-watching Netflix, practicing her mad crochet skills, and reading everything she can get her hands on.

Robert Wagner: Daughter ‘Knows I Never Would Have Done Anything to Hurt Her Mother’

California says film and TV production can resume as early as June 12 : movies

How to Check Your Car Before and After a Road Trip

George Floyd: Huge protests against racism held across US