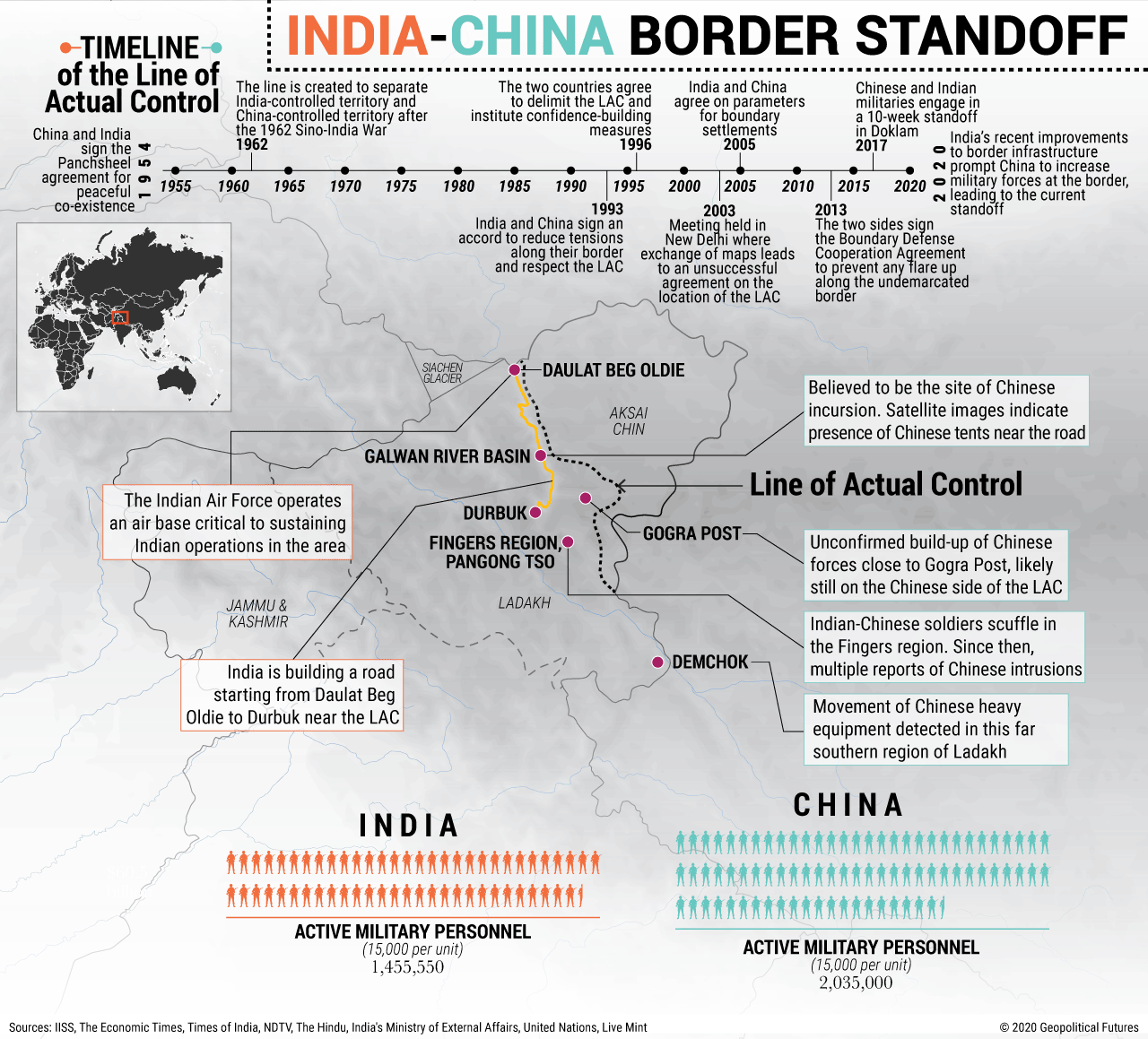 On June 6, the lieutenant generals of the Indian and Chinese armies will meet in eastern Ladakh to try to defuse border tensions that have escalated over the past four weeks. Major generals from each side recently held three rounds of talks, none of which managed to end the standoff. It started in early May when some 250 soldiers patrolling on both sides of the border clashed near Pangong Tso. The incident prompted Beijing and New Delhi to dig in further; both countries sent troops and weapons reinforcements to the Line of Actual Control where they are now at a stalemate.

Since the 1962 Sino-India War, the two countries have regularly clashed along their shared border. There are still disputes over territory in Arunachal Pradesh and Ladakh, where the current standoff is taking place. The last major confrontation in eastern Ladakh occurred in 2013. Sikkim is another region where tensions have escalated, most recently in 2017. Both countries have sought to consolidate control along the border through major infrastructure projects, such as a new road India is constructing near the LAC. Beijing and New Delhi closely watch such projects, which often become the subject of hostilities. Challenging terrain, long-term goals and economic problems at home mean neither side has an appetite for war. Still, they also don’t want to be seen as backing down, so the region will remain tense.